Reawakening The Spirit of Norway, Part One: How I Was Drawn Into a Maelstrom


When Maelstrom was closed and gutted to make way for Frozen Ever After, I took the above words of Odin to heart. I do not believe that the last guests to ride Maelstrom before it closed shall be the last to find the spirit of Norway. The attraction that held that spirit may be gone, but I believe Norway's spirit still haunts its former home, waiting for the day when Odin's eye will pierce through the darkness again. In honor of the anniversary of when Maelstrom first opened so many years ago, I will share the reasons why the spirit of Norway has so captivated me.

How I Found the Spirit of Norway

"We have always lived with the sea, so look first to the spirit of the seafarer..."

Vikings were definitely a significant part of the spirit of Norway. Coming to the top of that lift and seeing the viking village illuminated in flame always brought a rush of excitement. But this scene with a seafarer blowing a strange and wild call on his horn, with longboats in a dark and mysterious ocean in the distance, gave me chills. The flash in this picture may hide how incredible it looked in the dark, but this scene captured in an indescribable but certain way a primal and ancient Norway.

"There are those who see Norway’s spirit veiled in a land of forests and mystery—where trolls still prowl the water’s edge."

Long before an expedition on a forbidden mountain sent guests hurtling backwards into the darkness of a sacred yeti's lair, there was the spell cast by a three headed troll, sending guests back over the falls. So too did the murky swamps of troll country cast a spell, hiding a river troll and the unknown reaches of the forest in a tangle of snags, plants, and rocks. It seemed as though you were far away from Orlando, Florida, sailing through a distant land of forests and mystery, your fate uncertain.

"Before recorded time, Norway’s spirit roamed the seas of the far north and beyond."


This is the part of the spirit of Norway that I wish I could have spent more time in. A journey to the "Far North and Beyond" where Norway's spirit roamed could have been one of the most incredible parts of Maelstrom. I wish the same could be said for the not enough but still neat glimpses of puffins and polar bears (that one rearing up was never as thrilling as the publicity picture above made it out to be). The harsh, icy landscape lit by a cold sun, however, was very cool.

The great fjords and the forest upon them were a spectacular sight to see, a living embodiment of that wild yet majestic spirit of Norway. This was by far the most thrilling part of the ride; the boats continued to drift backwards, coming within what seemed to be a whisker's length from a horrible tumble over the waterfall that lay outside the ride. It was up to a grotesque and fierce-looking rock troll angered by our presence to decide our fate. In this incredible scene, we not only got to see the beauty and charm of Norway, but also at last face the peril and adventure Odin foretold would be found in our search for the spirit of Norway.

"Hmm, what’s this? You! How dare you come this way! Down to the North Sea with you!" 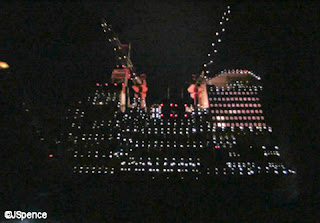 The dark and stormy North Sea was a triumph of projected clouds, thunder, and lightning. The feeling of isolation on a cold and dangerous sea as oil rigs towered like mammoths above the wake was masterfully engendered. The endless motion of the sea, the perpetual flames of oil rigs in the distance, and the din of a thundering storm all made for a tempestuous ocean, the closest the attraction called Maelstrom ever got to its name.


The Norwegian fishing village was one of the most underrated and brilliant places in Epcot. All of the intricate details, from the authentic buildings themselves to the sponsors' names on the store signs to the conversation in Norwegian that could be heard from one of the homes, made this an immersive achievement on the level of Pirates of the Caribbean or Space Mountain's queues at the nearby Magic Kingdom. My personal favorite detail was the small sailing boat that rested in the harbor, ready to sail the waters of Norway and beyond. Much of the "modern" yet familiar spirit of Norway was captured here.

"Our spirit—it lives in our people."


I wish I could say that I sat in one of these seats and got to enjoy the marvelous "Spirit of Norway" film many times. Unfortunately, as far as I can remember, me and the rest of my family usually rushed towards the other side of the theater to skip it, and the one time I do recall us seeing it, we had to deal with my severely autistic brother screaming himself sore when the film got loud. I am very grateful for videos of it on Youtube. Though somewhat dated by the end of its run, this film makes the best possible case for how Norway's spirit can be found in its people and the way they lived.


Back over the falls and to the end of our journey we have gone. Man, what an amazing sight it was to see this waterfall, viking ships coming in and out of view of the cave opening. What other dark ride can you think of that used actual daylight in a scene to its great advantage AND teased a part of the ride in such an awesome way well before the beginning of its queue? Like Maelstrom itself, this opening was closed, filled in for the sake of a new dark scene inside. What a shame.

Although the Maelstrom we knew and loved has been virtually wiped from existence and replaced with Frozen, all is not lost. We were not the first to pass its way, and with Odin's blessing, I hope we shall not be the last. The Norway pavilion at Epcot will never truly be Anna and Elsa's home. Eventually, if everyone hasn't become completely sick and tired of Frozen, there will be a demand for a much better and fully fleshed out Frozen attraction, one that can be in a more appropriate location like Fantasyland. You may call it wishful thinking, but I believe there will be a day that the thundering roar of the Maelstrom will be heard once more. In a future sequel of this post, I will share my ideas on how the ride could and should have been expanded and improved, while keeping intact much of the spirit of Norway that drew us all into a Maelstrom.


Don't Forget To Read The Next Installments of Reawakening The Spirit Of Norway!

Part Two: The Challenges To Conquer Before The Maelstrom Can Return - http://hauntedserenademk.blogspot.com/2017/10/reawakening-spirit-of-norway-part-two.html

Posted by Kyle, Your Tiki Bird Emcee And Ghost Host at 4:19 PM 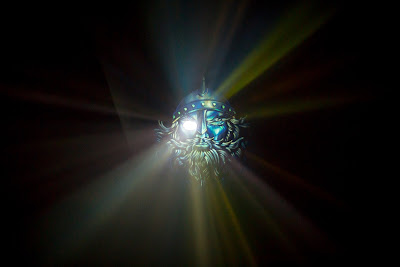